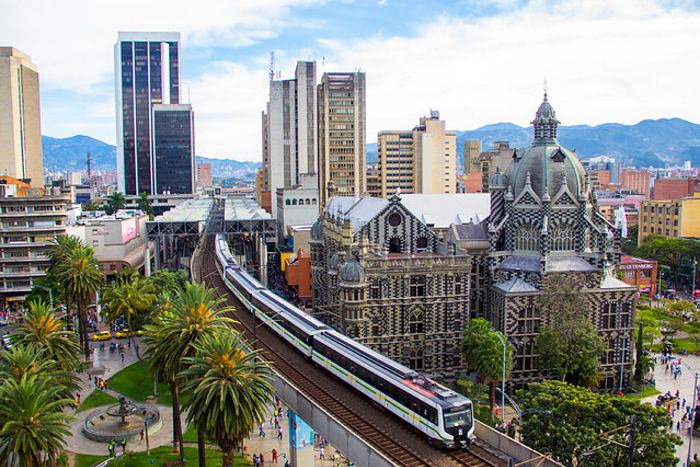 Since 2015, UPS the largest courier company, leader in transport and specialized in logistics services, started looking for a place to open its back office operations in Latin America, and before making a decision it considered six cities in five countries. San Jose de Costa Rica, Guadalajara, Bogota, a couple of Chilean cities and Brazil were some under its radar. However, the legal and the financial stability that the country offers, along with Medellin’s transport infrastructure, talent, its transformation process and its focus in innovation were decisive to be selected.

Innovation, infrastructure, talent and stability were some of the reasons that allured UPS, the multinational that  since 2017 installed operations in Medellin.

The company, which celebrates its 110th anniversary this year, needed a strategic location in the region where the Time Zone or the language would not be a problem, and where to hire well qualified working force; in Medellin they found what they were looking for, and then more.

“We looked at what  the offers in education, languages, transport infrastructure, security, financial stability and talent were and we found all we were looking for” , said Douglas Pierce, Head of UPS in Medellin..

Initially, they knocked at Procolombia’s door and the organization contacted them with the Medellin and Metropolitan Area Cooperation and Investment Agency (ACI Medellin), who take care of explaining UPS the reasons to consider the Antioquia capital for their purposes.

The Agency told them about the business fabric of the city, told them that it is home to six of the ten companies with the most value on the Colombian Stock Exchange, that Medellin hosts the headquarters of the so-called Multilatinas, They told UPS that Medellin is one of the five Colombian cities with the highest entrepreneurial activity rate, showed them the advantages of the city’s strategic location, told them about the high economic performance of recent years, the competitiveness in terms of operating costs, the commitment to innovation, the quality of the universities, talent, but above all, of the process of social transformation that the city has advanced in the last decade.

“ When we saw the presentation our eyes opened and we said to ourselves: We must see Medellin”, said Douglas Pierce, and added that they found a city full of opportunities, a place to grow; detected that the market was not saturated by businesses dedicated to back office, which is the UPS’s operation in Medellin, as well as support for their transport, logistics, health and warehousing in Latin America, and they found this as a fundamental element in their favor.

In Medellin there are more than 100 employees and the expectation is to reach 400 quickly.

The settlement did not begin immediately; in 2016 the final decision was made, but was on March this year that UPS opened officially its shared service center in the Ruta N 8th floor. There. about 100 people take care of  Accounting, accounts receivable, accounts payable, invoicing, among other UPS Support Division tasks. At the beginning they were just a few, but five months later, they grew to be 100 employees. “ In this office we have English, Spanish and Portuguese” says Pierce, and adds that the results have been so satisfactory that in November they started nightly operations. The office has two shifts: One from 7:00 am to 5.30 pm, and the second, from 8.00 pm to 6.30 am. For UPS, this is very common in the United States, but not in Colombia; however, we’ll try it” he says, while stressing the possibilities of job creation and what that means for a city whose unemployment rate is of 9.5%

During UPS’s process of settling in Medellin, ACI Medellin has been at their side from the beginning. Its responsibility is to bridge the gap, open doors, and provide support to the investors who come from other countries so they can adapt to the city.

In UPS’s case, the Agency contacted them with Ruta N, the place where the company is settled, in the heart of the Innovation District, and a space that is one of the biggest bets of town. At the moment, what is clear is that more and more companies the size of UPS are putting their eyes with real interest in the city, with the need to leverage the competitive advantages and the innovation ecosystem the city has launched, and that seeks to become one of the most dynamic in Latin America.

The challenge for the city, and so says Douglas Pierce, is to continue showing the new face of Medellin, “ to change the perception that the world still has” and make other investors open their eyes, as they did and find in the city not just a space to grow, but also to contribute to development.