Audi starts engines with a huge dealership in Medellin 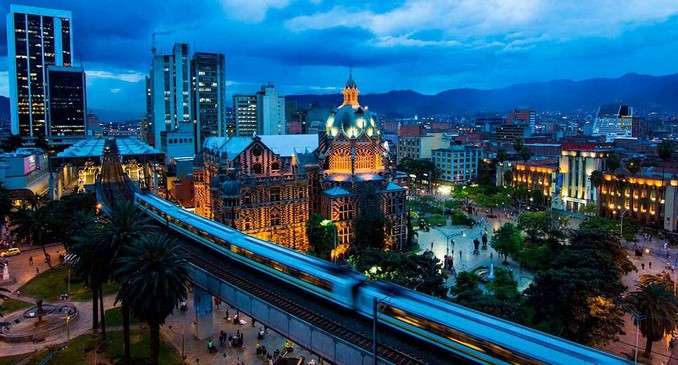 The city government and Camacol guild of builders strive to make the city more competitive and economically strong with the start-up of various civil and utility infrastructure projects for the growing construction development of Medellin.

During his address to the 61st Camacol Affiliate Assembly Federico Gutierrez, Mayor of Medellin, said that during his administration, about $ 410,000 million have been invested to recover the center of Medellín and generate optimal conditions of development for the capital and for the surroundings. Among the main construction projects being developed in the Antioquia capital, is the Paseo Bolivar, with a 33,000 million pesos investment; work that stretches from San Juan to Corredor Norte.

On the other hand, there is the La Playa road renovation, where Section two has already started with an investment of 55,000 million pesos, and in the next few months bidding for section one will be ready.

There is also the Avenida Oriental, one of the 30 green corridors being built by the Medellin government. It’s an 8,000 million pesos investment in which hard grounds are being replaced by soft grounds.

Also, there are the city’s eastern area projects composed of two metro-cables, and the starting of the mega-project works on the northwestern side, with a 920,000million pesos investment for infrastructure development.

Regarding “green projects”, there is the “100 parks for you”, and the construction and implementation of 80 kilometers of cycle paths; built in record speed time of 4 years, according to the city Mayor.

It is important to highlight that EPM (Empresas Publicas de Medellin) [Medellin Public Utilities] has had a great participation in the city’s infrastructure strategy development. EPM contributes to the Antioquia capital with 4 to 4.30 trillion pesos of its profits, about 55% annual.

Mayor Gutierrez explained that they are promoting an urban restructuration project that consists in the creation of a Urban Renovation Fund for the Generation of Social Issues and Generation of Public Works with EPM. This initiative can be seen in various places such as the Estacion Villa and the San Antonio Park. “It’s a way to generate equality from the sector”, said the public official. On the other hand, the Mayor also explained that this administration decided not to tax the construction guilds if their work was under the figure of services rendered or contractors. Additionally, it seeks to boost stratum sustainable construction.

There are also other types of benefits for the construction sector, such as the reduction in the urban generation tax; the 2 x 1000 fee for public parking construction or the 2 x 1000 in commerce and industry tax for companies dedicated to creativity and innovation strategies and digital works. “The idea is to boost the economics districts which would lead to increased sector demand for new works”, said Gutierrez. All of this is a shock plan from the local government and from the Camacol Construction Guild to promote construction in Medellin”.

Additionally, the country saw 64% increase in civil works; the highest since 2013.